I know very little about American civil rights history from the late 19th to early 20th century. This is not surprising; my focus has primarily been on Africa (especially South Africa) and on genocides in the 20th century. It has been interesting to learn that anti-miscegenation laws and job-colour bars weren't the invention of Apartheid South Africa but originated in North America. Specifically, a set of so-called Jim Crow laws emerged in America from about 1880 that sought to enforce racial segregation and these laws would be a highly influential on laws adopted by South Africa. 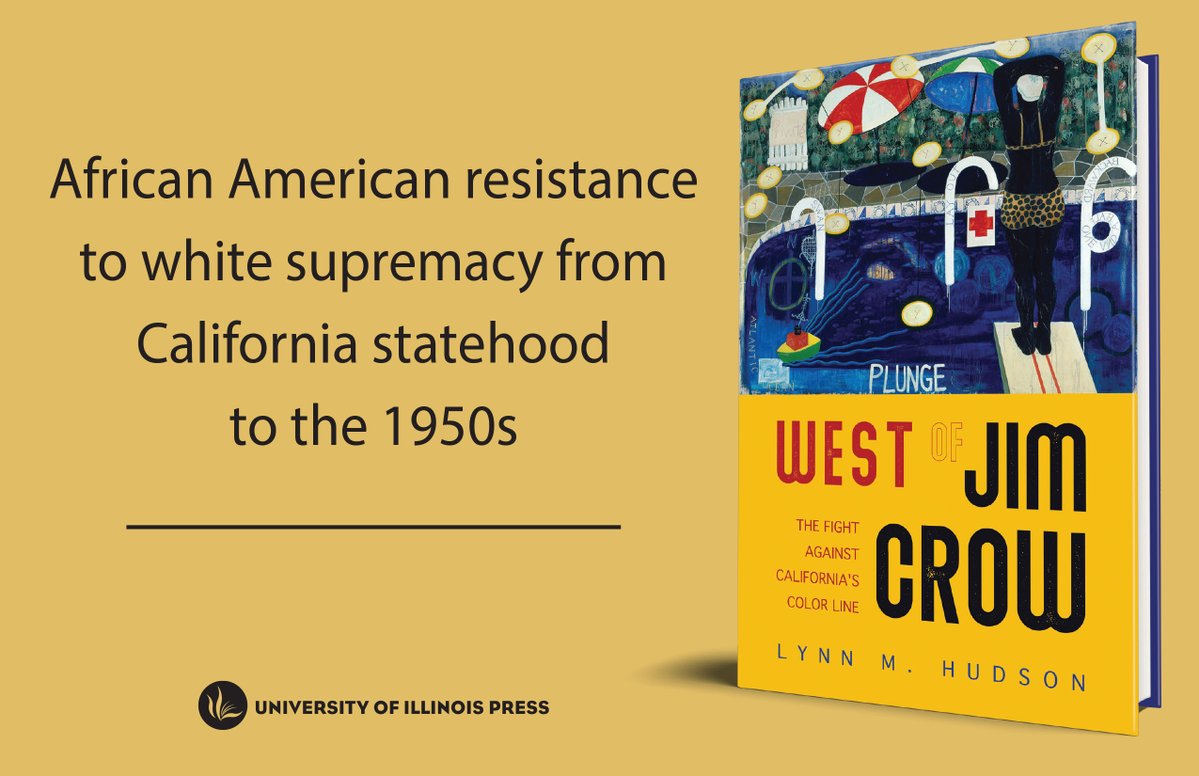 In West of Jim Crow: The Fight Against California's Color Line, Lynn M Hudson focuses on the African Americans who moved to California to escape Jim Crow, expecting freedom and the benefits of full citizenship but instead realising that Jim Crow and racial segregation were all too present in the west.

This is not simply a recounting of the racism, fear-mongering and obsession with eugenics that featured so prominently in white society for the century after the Reconstruction Era (although these are mentioned in some detail throughout the book). West of Jim Crow is about the tireless efforts of Black Americans to assert their citizen rights, establish respectability, secure equal opportunities and protect their men and women from the scourge of lynching and the rise of the KKK.

It is also notably about the role of Black women, their agency and the significant roles they took in journalism, activism and other roles to secure their rights both as women and as human beings. As Lynn M Hudson remarks on many occasions, just because there is little in the written records about Black women's struggles for freedom and activism, does not mean there wasn't significant agency and activism present.

West of Jim Crow is structured around six chapters, each concentrating on a specific event in Californian history:

West of Jim Crow covers an incredible wealth of information and provides an interesting, readable account of African American history in California. Initially I felt a bit exhausted by the repetitive, circular mode of writing, featuring titbits and breadcrumbs followed by elaboration and exposition. I've noticed that this form of writing is favoured by many historians and while it can be taxing to read, the truth is it is preferable to a dry, linear account and also aids significantly in the reader's retention and comprehension of historical information.

Despite this small reservation, I give West of Jim Crow an excellent four out of five stars and highly recommend to those wishing to know about this particular area of Black history.

West of Jim Crow: The Fight Against California's Color Line is available to purchase from Amazon.com and Amazon.co.uk (disclosure: affiliate links. I will earn a small amount if you purchase using these links, at no additional cost to you).

My thanks to University of Illinois Press and Netgalley for advance, electronic copy of this book.