This is the tribute that I wrote for Rosa Gonzalez as part of the Project 2,996 in 2009.  I will post another entry tomorrow and hopefully by next year, we’ll be able to ensure that tributes for all 2,996 victims are online. 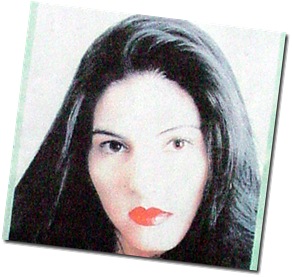 Today, I remember Rosa Gonzalez, a victim of the terrorist attacks on the World Trade Center in New York on September 11th 2001. I’m writing this today as part of Project 2,996 and you can visit the site to read more tributes to the victims of 9/11.  An amazing 1,081 people (so far) will be remembered formally this year through Project 2,996 but the purpose of the project is to let the world know that we will never forget.  We will never forget the victims or the loss experienced by their families, friends, communities and indeed, the world.

Rosa Gonzalez was a single mother aged 32 and her 12-year-old daughter Jennifer meant the world to her.  She was very much loved by all who knew her and as her brother-in-law Jeffrey said in a tribute to her on the Legacy site, “Rosa was also a beautiful and caring person that certainly did not deserve to die in this way… Rosa was a single mother that really making an effort to better herself and give her daughter the best upbringing possible. Her job with the Port Authority was another step towards success”. 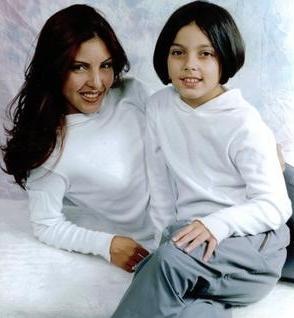 Rosa Gonzalez was one of seven sisters and she lived in New Jersey.  It is clear that everyone who met her was taken by her infectious smile and friendly nature.  As P. Martinez says on the Legacy site, “"I met Rosa a couple of years ago when she was working at the Housing Authority. She was always so happy and up-beat, kind and caring… My heart goes out to her daughter, I hope she'll always know what a great mother she had. I'm sorry Rosa that your life was cut so short”.

It is clear that Rosa stood out in the community and people remembered her once they had met her.  This is evidenced by the number of people that expressed guilt at escaping from the Twin Towers themselves and their sadness of hearing of Rosa’s passing.  I found the comments by her neighbour Cindy to be especially poignant as her grief was clear in her remarks: “It has taken me this long to be able to view this site. Rosa, Maggie and I lived in the same building and I still remember the day I was able to get home and found out Rosa wasn't. Sitting in the apartment with her family, posting pictures, leaving candles and flowers and waiting for any word at all. Although we were not close friends I will always remember the beautiful petite woman that Rosa was. I would give anything to be able to call her again to ask her to turn the music down!! Maggie I will always be here for you if you need me for anything”.

Rosa Gonzalez had been with her friend and colleague Genelle Guzman McMillan as they descended the stairs together and tried to escape from the World Trade Center.  They had been holding hands but were separated as the building came crashing down.  Genelle was the last person pulled out of the wreckage of the World Trade Center alive.

Rosa was one woman out of so many that died that day but she was a kind, caring and friendly woman who left behind heartbroken family, friends and co-workers and most importantly, her 12-year-old daughter Jennifer.  I hope that I have succeeded in paying tribute to Rosa Gonzalez and that her daughter knows that people all around the world are thinking of her and her family on this anniversary of the attacks.  Jennifer also left a tribute at the Legacy site: “hi my names jen rosa was my mother she was a very good person i love u and miss u so much we will never forgat u ever”.

I’ll be posting this one day early so as to assist the people at Project 2,996 in logging the names of this year’s participants.  They have over a thousand entries to log after all!