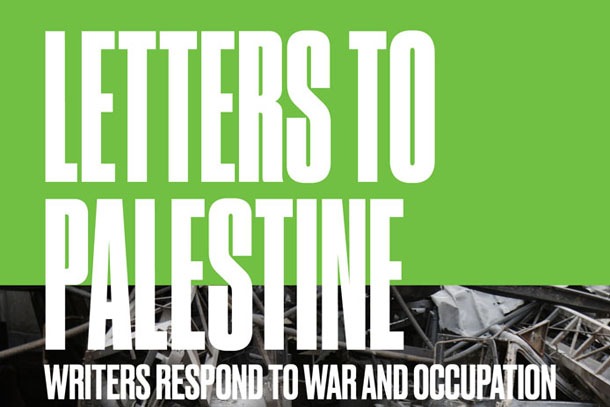 Gaza, 2014. Following the kidnap and murder of three Israeli youths, the IDF embarked on a seven week campaign against Gaza. In that time, over 2,000 Gazans were killed, most of them civilians and most of them children, while tens of thousands were injured. Hospitals, schools and houses were demolished and half a million Gazans were displaced.

The Gazan conflict divided people like no other conflict. Across social media, timelines were filled with people trying to draw attention to the devastation and destruction in Gaza while pro-Zionists asked what else they could do in the face of continuing Hamas aggression.

With access to Gaza notoriously controlled and restricted, there was limited reporting on the ground, scant consideration of everyday Palestinians who were living in a state of terror.

Edited by Vijay Prashad and featuring a host of writers, poets, essayists and activists, Letters to Palestine: Writers Respond to War and Occupation attempts to give a human face to that struggle.

Reading this collection with a desire to learn more about the conflict from a Palestinian point of view, one might expect little more than anti-Israeli propaganda and rhetoric. Letters to Palestine is nothing of the sort. It is an earnest collection of essays, poems and diary excerpts that seeks to understand both the conflict and history of Palestine.

In his essay 'Bad Laws', Teju Cole talks about how what he terms 'cold violence' is exacted through a series of laws, by-laws and regulations that are all perfectly legal under Israeli law. Based as they are in restrictions on freedom and movement, he notes that these laws are in contravention with international standards and conventions. He mentions Sheikh Jarrah where Palestinians are slowly losing their permanent residency in East Jerusalem, where the right of return applies to Jews in East Jerusalem but not Palestinians.

"The historical suffering of Jewish people is real, but is no less real than, and does not in any way justify, the present oppression of Palestinians by Israeli Jews" – Teju Cole, ‘Bad Laws’, Letters to Palestine

In an excerpt from her 'Travel Diary' Noura Erakat begins by describing her anger and anti-Israeli sentiment but over the course of her journey to Palestine begins to develop a more nuanced position. She brings up the subject of privileged Palestinians, those who have done very well out of occupation and observes that not all Palestinians are good-hearted, not all Israelis 'evil'. While capturing the atmosphere in Palestine during her visit, Erakat mentions the work of Zochrot, an Israeli non-profit organisation whose aim is to raise awareness of the Palestinian Nakba and of New Profit who work towards the demilitarisation of Israel. Spanning over eleven days in May 2013, the diaries give a unique snapshot of a moment in Palestinian time.

"Israeli settler colonialism, apartheid and occupation should not cease because Palestinians are good and Israelis are bad"- Noura Erakat, ‘Travel Diary’, Letters to Palestine

Nalja Said shares her 'Diary of a Gaza War, 2014' as a Palestinian living in America during the conflict. Intimate and painfully honest, Said's entries show her worry and despair for her loved ones in Gaza.

"If you think that Palestinians all hate Jews and are rejoicing in the deaths of those three boys (Naftali Fraenkel, Gilad Shaer, Eyal Yifrah), then you are a racist. That's all I have to say. As my dad used to say, ‘No one has a monopoly on suffering’" – Nalja Said, 'Diary of a Gaza War, 2014', Letters to Palestine

"The boy who was killed was a cousin of my dear friends... You who are reading this are now two degrees from the murdered Palestinian - a child killed in revenge" – Nalja Said, 'Diary of a Gaza War, 2014', Letters to Palestine

In 'Below Zero: In Gaza Before the Latest War', Ben Ehrenreich reminds us of the appalling conditions of loss, devastation, poverty and wretchedness in Gaza even before the war.

Interspersed throughout the collection is a series of heart-breaking, eye-opening poetry. Poems tell of Kafkaesque experiences of denied entry and the soul-destroying set up of the checkpoints. Notable entries include 'Until It Isn't' by Remi Kanazi, 'Afterwords' by Sinan Antoon and 'Running Orders' by Lena Khalaf Tuffaha.

The last part of the collection is dedicated to an examination of the Palestinian liberation movement in America and its links to the civil rights movement. For the most part, this was too US-centric to be of specific interest to foreign readers but there were some interesting parallels to be drawn to the South African and worldwide anti-Apartheid movement.

In 'Yes, I Said, "National Liberation"', Robin D G Kelly notes the intersection with Black rights and Ferguson, how the black civil rights movement moved from supporting Israel to recognising the injustices there.

It would be impossible to capture the scope of this collection here.  Vijay Prashad has done an excellent job in curating a collection of short, powerful pieces that is each powerful in its own right. I would highly recommend this collection to anyone seeking to know more about the situation in Gaza both before and during the conflict last year.

Letters to Palestine: Writers Respond to War and Occupation is published by Verso Books who currently have a sale of 40% off on paperbacks and 50% off on eBooks. The book is also available to purchase from Amazon.co.uk and Amazon.com.