The Suppressed History of Dutch Atrocities in Indonesia

The piece below is written by Paul Doolan and was published today in the Australian e-journal On Line Opinion as “In the Netherlands, a suppressed history makes the headlines”.  In this article, Doolan discusses the fascinating history of oppression and atrocities in post-war Indonesia during their fight for independence and how this history was all but erased from the Dutch public conscience in for over 60 years. The article is shared under the Creative Commons license with due credit given to both Paul Doolan and On Line Opinion.

The problem with the past sometimes, is that it isn't past at all, as the Dutch have been forced to face up to recently. For the Dutch, the history of the mid- 20thcentury was quite simple until very recently: a freedom loving people (the Dutch) were attacked by an aggressive neighbor (Germany) and suffered for five years until, with the help of some friends, they were liberated. Conveniently forgotten was that, following this episode, the Dutch state mobilized the largest army in its history and fought a war against the Indonesian independence movement. The Dutch lost the conflict, and in December 1949 their former colony, the Dutch East Indies, gained independence. During the following decades this tropical misadventure formed an almost blank page in the nation's history. But that, it seems, is changing. Events during the past year have forced the Dutch nation to reconsider the myth that for over a half century has formed their collective memory. Especially in the past couple of months, history has become front page news. 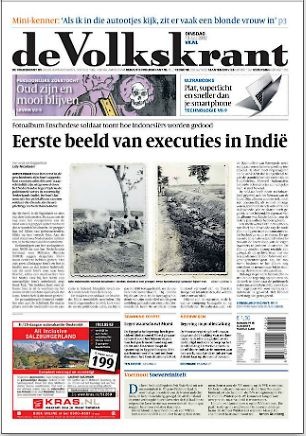 The Dutch had ruled most of Indonesia for 350 years, but found themselves prisoners of the Japanese from 1942 to 1945. With the defeat of Japan, Indonesian nationalists declared independence. The Dutch tried, with great difficulty, to reassert their control of the archipelago. After over four years of bitter conflict The Netherlands was forced to concede independence to Indonesia in December 1949.

By the end of the war numerous cases of military excesses had come to the attention of the Dutch public. Massacres by Dutch Special Forces on the island of South Celebes (present day Sulawesi) had been the subject of parliamentary debate. A massacre in the village Rawagede had been the subject of debate at the United Nations Security Council in 1948. Such incidents gradually led a minority of the Dutch press to turn against the war. In February 1949 leftist De Groene Amsterdammerpublished a letter from an unidentified officer. He wrote that Dutch officers:

defend with passion and conviction the assertion that, for instance, if you are shot at from a kampong [village] than this kampong should be set on fire from four sides before the inhabitants have the chance to run away. And whoever then tries to escape (…) you shoot with a machine-gun, preferably not bothering with if these include women of children.

The officer then drew a comparison with Putten, a village that had become infamous as being the site of one of the worst Nazi atrocities perpetrated on Dutch soil. The officer wrote of summary executions of prisoners who are "simply shot behind the head and then buried." He described the Indonesians as living under "military terror."

But after the loss of their colony in December 1949 and the return of their soldiers the Dutch authorities quietly and quickly put the lid on this uncomfortable period of contemporary history. For many decades, with only the occasional exception, the possibility that Dutch forces had been guilty of atrocities, or even war crimes, was kept out of public consciousness. But last September history ended up in the court room and a court verdict in The Hague found the Dutch state responsible for carrying out a massacre of over 300 unarmed Indonesians in 1947 in the village of Rawagede, Indonesia, and called on the state to award compensation to the plaintiffs – seven elderly widows of those massacred. 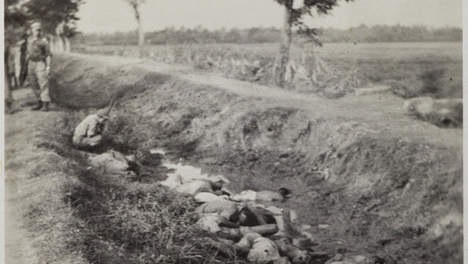 Recent months have seen an increase in public attention on Dutch military atrocities. Earlier this year a national television channel, NCRV, broadcast a documentary on the Dutch atrocities committed on Sulawesi in 1946-1947, when around 3,000 Indonesians were executed without trial by special Dutch forces. It turns out that an official parliamentary inquiry into these events had taken place in 1954, but the report was kept top secret. The NCRV managed to get hold of a copy and for the first time the Dutch public heard excerpts from the report which would seem to indicate that widespread atrocities had had the support of the military and political leadership, and had then been officially hushed up. A few months after the broadcast a foundation representing the widows of ten victims of the Dutch on Sulawesi began a legal procedure against the Dutch state. The lawyer representing the foundation is Liesbeth Zegveld, who also led the successful case on behalf of the widows of Rawagede. The odds are that the Dutch state will be found responsible for war crimes again.

In early July historians from three research institutes of worldwide reputation issued a public statement, claiming that the Dutch state has never come clean on its colonial past and called for the government to fund a large scale research project that would systematically look at the behavior of the Dutch military in Indonesia during the years 1945-1950 and examine the role of the Dutch political elite in the conflict. The fact that the history of the war of decolonization in Indonesia has become a hot topic can be seen by the fact that this announcement by academic historians was reported on national news, in newspapers and on radio and television. It isn't often that history makes the headlines. Yet more was to follow. 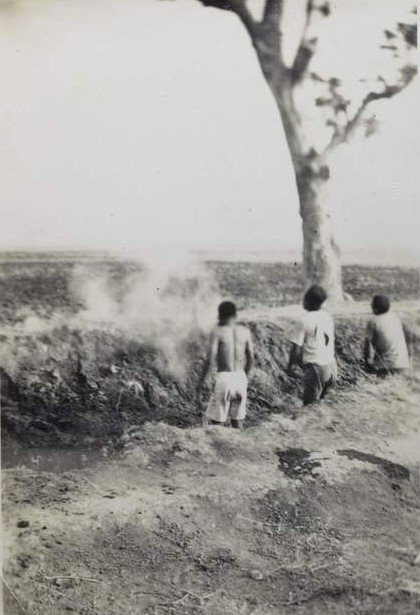 On July 10th the national newspaper, de Volkskrant, published two photos that seem to show three Indonesians standing in a mass grave, being executed by Dutch soldiers. The photos had belonged to a deceased former Dutch soldier and had been rescued from a rubbish dump. Remarkably, these were the first ever photos of Dutch executions ever to be published – 63 years after the end of the war. De Volkskrant ran the report on its front page and within hours it was being reported on the radio and television. I've just returned from a two week visit to the Netherlands and everyone I spoke to had seen the photos. The most common reaction was: "why have we been lied to all these years?" Perhaps we can expect to find an answer some time in the not too distant future.

Paul Doolan teaches history at Zürich International School, Switzerland and lectures in Political Systems at the College for International Citizenship in Birmingham, England.