Marsh & McLennan Cos. Inc. lost 295 colleagues in the terrorist attacks on the World Trade Center on September 11th, 2001.  I cannot even begin to conceive the impact that losing that many employees could do to a company and I imagine that it was simply devastating.  You can visit the full MMC memorial to their lost friends and colleagues on the MMC Memorial website. 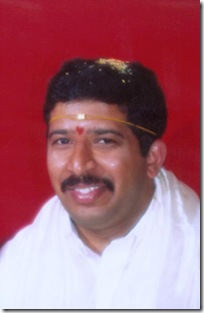 Today I am writing about one of those MMC colleagues as part of Project 2,996.  His name was Suresh Yanamadala and he was just 33-years-old at the time of the attacks.  He lived in Plainsboro, New Jersey and worked as a consultant at Marsh & McLennan Cos. Inc.  He was survived by his wife Ajitha.

Suresh was incredibly popular amongst his colleagues on account of his easy smile and friendly nature.  Tribute after tribute from his colleagues describe his good sense of humor and how people instantly liked him the moment they met him.  He was kind and gentle, according to his friend Keith and another friend Mike described how Suresh immediately made friends with all of his friends because everyone just loved him.

Suresh Yanamadala was a remarkable man who left a deep impact on the lives of everyone who met him.  He had such a magnetic personality that work colleagues became firm friends.  There is so little information on Suresh online but I know that the reason for that is that Suresh was larger than life and that he remains very much in the hearts and minds of his friends and family and especially his wife Ajitha.

If any of Suresh’s friends or family would like to give any further photos or share any memories, I would be happy to update this tribute on your behalf.